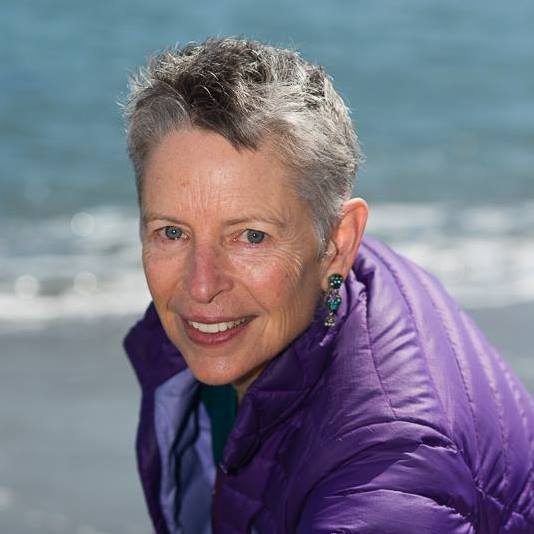 I was diagnosed in early 2011 at age 61, though I had major symptoms at least a year and a half before that. I’d been a runner for decades; my leg started going weak after a few minutes on the trail, my hands shook uncontrollably, and I had trouble making myself heard. It took many months, visits to four different doctors, a futile round of physical therapy and a useless MRI before someone referred me to a movement neurologist who promptly connected the dots. I was stunned to learn I had Parkinson’s. At the same time, I felt relieved to finally have a name for symptoms that were making me crazy. When I asked my doctor how I could learn more, especially about holistic treatment, he sent me to the internet.

I found plenty of useful information there from groups like the National Parkinson Foundation, the Parkinsons Association and MJFF. And plenty that simply bewildered me. What I desperately needed was a person with Parkinson’s (PWP) who could help me understand what all this meant for me. I had a diagnosis, but no clear prognosis. Where would I be in five years or ten? Was there anything I could do to change the course of the disease? I started keeping a journal of my symptoms and treatments, which has come in handy (along with regularly taking the survey for the Unified Parkinson’s Disease Rating Scale) for getting a handle on my rate of degeneration. And I searched.

My web skills aren’t the greatest, but I managed to find one human with a phone number in a list of mostly distant support groups. That was Chrystal, who spent over an hour on the phone sharing her wisdom with me on everything from the merits of exercise to resources like the Palo Alto women’s support group, The Parkinson’s Institute, Darcy’s sobering and inspiring blog [www.parkinsonswomen.com], Berkeley PDActive, and Becky Farley’s Parkinson’s Wellness Recovery retreat. Eventually, I found John Argue’s book on movement in my public library and realized he was local. I started his wonderful class, where I met a neighbor with PD who’s become a partner in investigating PD treatment and a major source of support. Wouldn’t it be nice if we each had (or served as) a PD “sponsor” to help with questions, resources and the trauma of diagnosis?

The discoveries of my first few months led me to my own no-brainer treatment plan:
(1) get plenty of exercise, practice mindfulness (yoga, Qi Gong) and prioritize sleep (easier said than done);
(2) have as much fun as possible, spend time with friends and family, try new things; and
(3) make room for creativity, beauty, being in nature.

By now, word has spread that exercise is the only known treatment with even a chance of slowing the progression of PD; five years ago I expect most doctors wouldn’t have mentioned it. Otherwise, the logic behind my plan was simple: everything in it makes me feel good, PD notwithstanding. Turns out, the plan—and even PD itself—had some benefits I didn’t expect.

Hiking has always lifted my spirits and fed my soul. But there’s nothing like an incurable disease to make you feel more intensely grateful for every day you can still walk. I started weight training for the first time, so even as my leg gets weaker and my toes curl, I’m building arm muscles I never had before. And Qi Gong can make me feel more grounded when my symptoms are at their worst. The word “mindful” has taken on new meaning for me; I think people with PD have a special need for intention and a full and focused mind to compensate for our deteriorating autonomic systems.

PD makes me need (and value) friends and family more; they’ve responded with heart-rending generosity. It has also brought me new friends at a time of life when we’re more likely to lose loved ones than gain more.

When I’m designing or making a quilt I can forget I have PD for hours on end. And my quilt designs have become more original than anything I did before. I wonder if having a degenerative disease doesn’t prime the creativity pump, in the same way, it makes being alive feel more precious.

I put off starting carbi/levodopa (C/L-dopa) until the PD interfered too much with work, in the belief that the drug had long-term complications. I tried dopamine agonists but couldn’t stand the fatigue. Various other drugs made little difference. A little over a year after diagnosis I started on 25/100 mg C/L-dopa at a dose of ¼ pill three times a day and gradually worked up to one pill three times daily. It’s worked like magic until recently.

Dr. Ahlskog, author of the New Parkinson’s Disease Treatment Book, changed my view on long-term effects of C/L-dopa. He says dyskinesias are locked to the current dose of the drug, not a cumulative effect. I now consider mild dyskinesia (wagging head, dancing foot, davening) an acceptable tradeoff for relief of PD symptoms. I’m at a turning point now when the drug is wearing off sooner and night-time symptoms are worsening, and his book helped me adjust the dose and timing of C/L-dopa (adding half a pill at bedtime) to address that problem.

I take 1000 mg of Vitamin D and a multivitamin daily, and think the former has helped some of my symptoms. I flirt with various versions of low carb and Mediterranean diets, emerging with no clear conclusions except that spices are delicious and should be indulged. Why not?

PD is insidious. Whenever I think I have a handle on my symptoms, they morph into some new unpredictable form. Managing it is becoming harder as I approach that time when I’ll “wear my disease like a scarlet letter at all times” (Jon Palfreman’s words). Of course, I would love to beat PD. Short of that, I just retired and am hoping to be able to join trials or help in other ways. In the meantime, the key to feeling good for me is to do what gives me joy, celebrate what I still have, try to be mindful, and keep growing in the many ways I can.